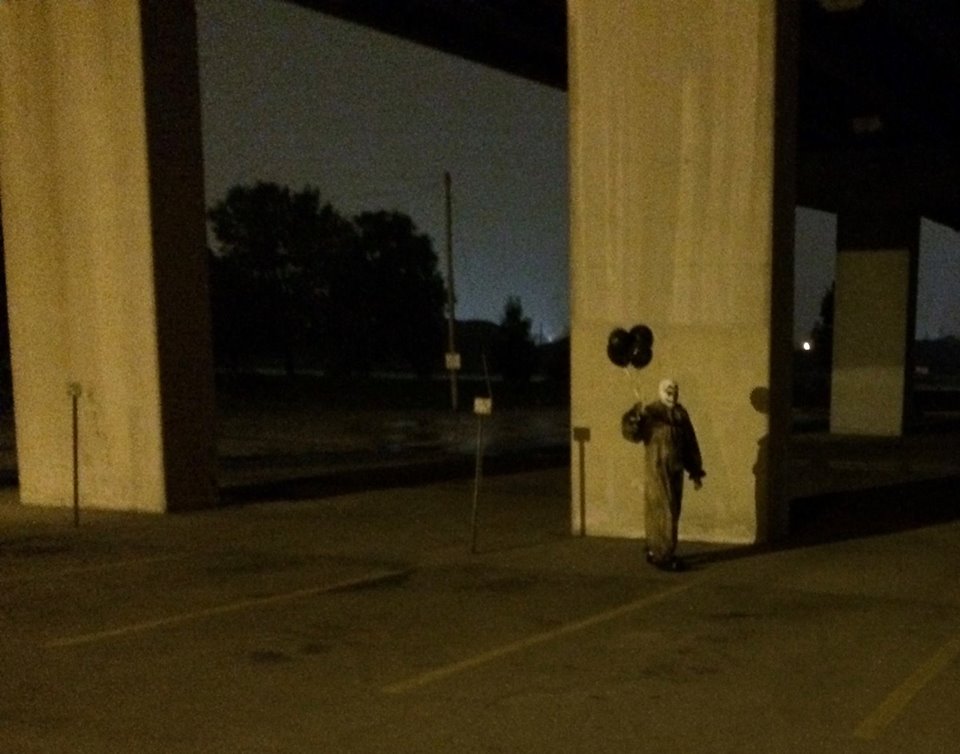 Our long drought of creepy clown sightings has finally been broken and for this we thank you, Wisconsin.

A disheveled clown — we never get tired of using the word in a NewsCut post — has been walking through Green Bay carrying four black balloons.

A year ago, a clown stalked another Wisconsin city. The Waukesha clown wore an orange jumpsuit. It turned out to be a teenager just looking to rile up the town.