Baseball is life and death 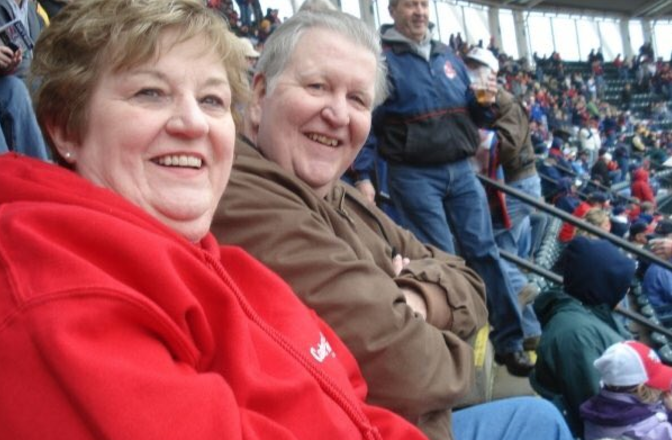 James Lynch was a big baseball fan, specifically a big fan of the Cleveland Indians.

He’s been quite ill recently and died last weekend, the same weekend his team set a new record by winning its 22nd consecutive game.

“He wasn’t very verbal in his last couple of weeks,” his daughter says. “But every morning I would ask, ‘Did you stay up and see the win?’ Can you believe this?’ And he would muster up a smile and simply say, ‘unbelievable’ and ‘It’s just amazing.'”

The winning streak was snapped on Saturday. He died on Sunday morning.

“I know that he was holding on to see the entire streak,” she says. “The Tribe game was on replaying as he passed…he wouldn’t have wanted it any other way.”

He taught me the love of not only the game, but why players like Larry Doby and Bob Feller were so important not just as ballplayers, but as amazing men. I mean — I named my dog Feller because of the love my father instilled in me for that man. Sometimes, it’s more than just a game.

She wrote a short obituary in the Cleveland Plain Dealer this week: 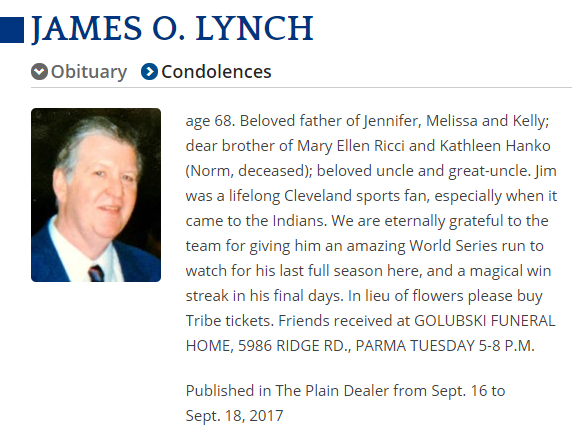 Baseball Cleveland Indians The art of the obituary