It’s time for the Last Man Club of Luverne, Minn., to drink up. Warren Herreid, one of its founders, died Thursday. He was 96.

He grew up in Luverne in the ’30s, he told me when I visited him and the other members in 2013 for this post about the club which had saved a bottle of hooch, to be opened when all but the last few were dead.

There were 24 men in the club when he started it. Today, there are two.

“We joined the National Guard so we’d get a dollar a week; that put us through high school,” Herreid said. “They gave us sweaters and things we needed in high school. Almost all high school guys, juniors and seniors, were in the Guard.”

He gave me a tour of the unique museum, dedicated to Luverne’s veterans, that was built and financed by his son. 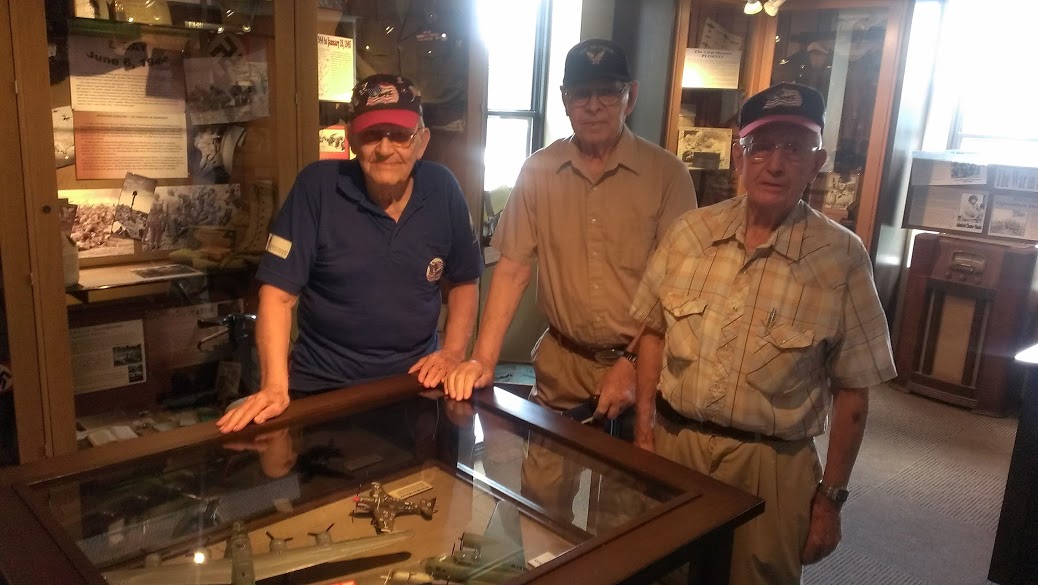 Warren joined MPR News host Tom Weber last Memorial Day to talk about the group and the veterans of Luverne (scroll to 07:05).

His death was announced today by the Luverne Area Chatter Facebook group.

Warren Herreid, one of the driving forces behind the military history renaissance here in Rock County, passed away yesterday at the age of 96.

Herreid’s son Warren II, along with his wife, Jeannine Rivet, started the K.A.H.R. foundation which helped fund the Military Museum at the Rock County Courthouse, and just this week gave a large donation to ensure the construction of a National Guard Readiness Center here in Luverne in 2019.

Warren served, with honors, in World War II – and was also the unofficial spokesman for the Last Man Standing Club – the name for the group of former military men who shared coffee together at Glen’s Food Center (now Teal’s). They both welcomed Minnesota’s First Lady at their table, and were invited to the Governor’s Mansion for coffee there as well.

Warren, a member of the “Greatest Generation”, had me fix his computer often at his home a over the years. He talked of how hard it was for many of the men “of his time” who struggled to talk about their experiences, and why he was so proud that Ken Burns selected Luverne as one of his backdrops to his WWII epic, “The War”.

He said it allowed guys to finally talk about it, and many of their own families had never heard any of the stories they shared some 60 years later. He said he was glad the movie got made and viewed by so many people, to help dispel rumors of a “false Holocaust” and to clear up inaccuracies of the War, presented instead as fact.

To The Current, Herreid relayed his experience at one of the many concentration camps: “”My regiment liberated the concentration camp at Landsburg, Germany,” says Herreid. “The Holocaust did happen. I’ve got proof, I saw it.” Herreid says images of what he describes as the living skeleton
inhabiting that camp are still scorched in his memory.”

And now, yet another coffee cup (designed by Warren’s grand-son, Ben) will be turned upside down as another member has succumbed to Father Time. The dwindling numbers over the years has been saddening to watch, a mixture of pride and sorrow as the black ribbons and dates of death added to the display.

In two weeks, on Veteran’s Day, remember to take some time to reflect on those who’ve fought for our right to live free, to disagree over nonsense, to have families in a country where anything is possible.

Warren Herreid’s funeral services are being handled by Hartquist Funeral Home in Luverne. The information there will be updated as it comes in:

Blessed be his memory.