But enough about the game, tells us about ourselves 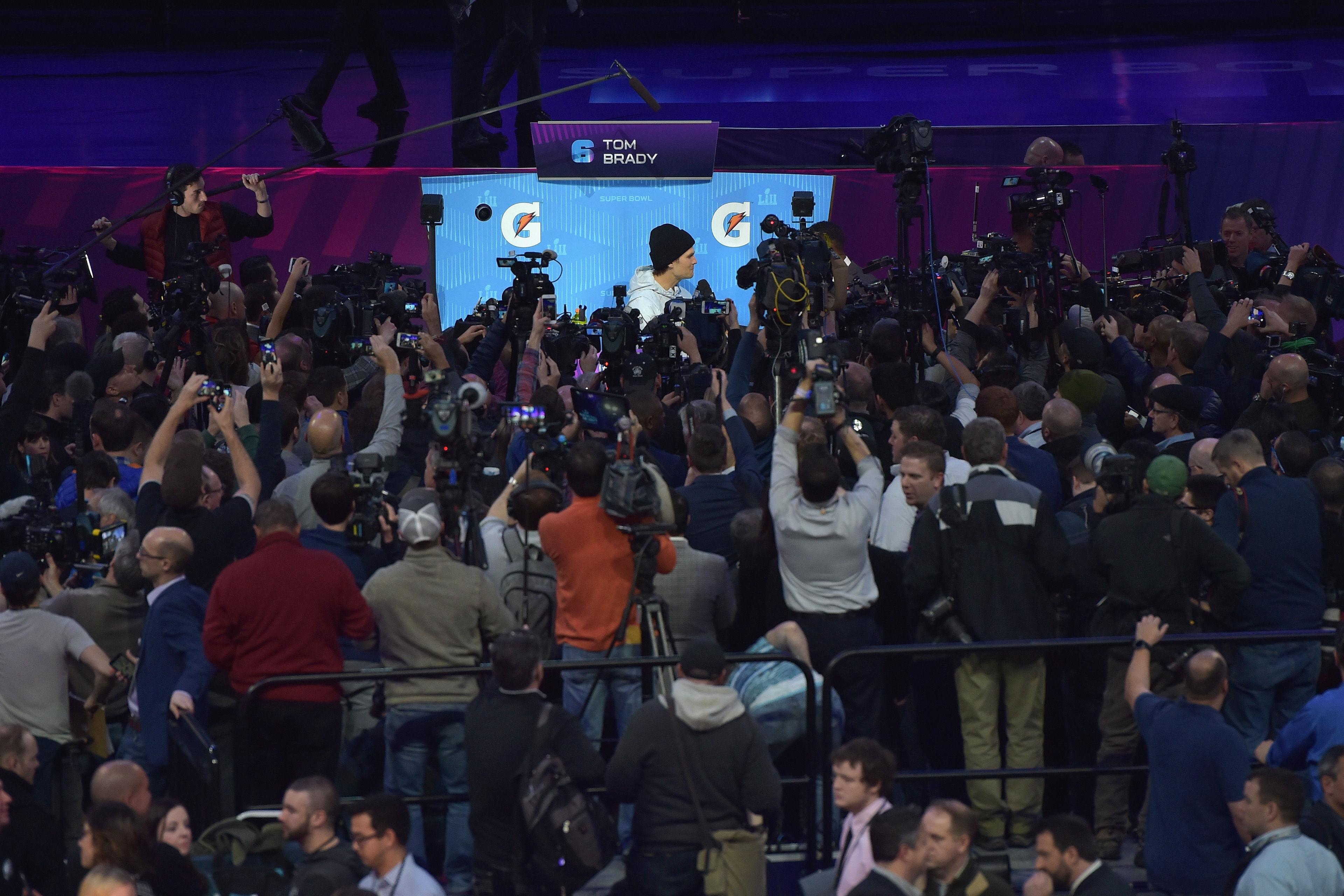 Super Bowl, Shmooper Bowl. Let’s face it: We just want to hear the national media tell us about ourselves. How do you like us? Are we nice or what? Aren’t we something about the way we live in this cold place and don’t get fazed by eight inches of snow and our kids being stuck on school buses until midnight?

The New York Times indulges us again today, this time traveling within a block or two of the media hotel to tap into the disappointment of real Minnesotans.

The Vikings got beat by Philadelphia and now you’ve got to host them in your city, that’s gotta hurt, right?

“I’m hoping just the passage of time will make things better,” said Brad Christopherson, 42, a real-estate agent and Vikings fan originally from Fargo, N.D., who has lived in Minneapolis for two decades. “People here are pretty passive-aggressive. Maybe just some rudeness, potentially. Some glares and looks and things like that.”

Referring to Eagles fans, Christopherson added: “But if they come in all cocky and still going off about stuff related to the game, I can’t say what’s going to happen. Hopefully they’ve moved on and are focused more on the Super Bowl rather than the last game.”

Violence? A brawl on Nicollet Mall? What exactly is being threatened here, Minnesota?

No, if push comes to shove, they’ll root for the Patriots. How do you like that with your cheesesteak, Philadelphia barbarians?

Jim Fehrenkamp, 41, a co-owner of Mac’s Industrial Sports Bar in Minneapolis, said he will root for New England for the same reason but added that he does not anticipate much friction between the locals and Eagles fans this week. Think fewer rumbles on Nicollet Mall, more stink eyes, if anything.

“I have belief in my city,” Fehrenkamp said, laughing. “At the same time, I also know that if you’re in your hometown, people might be a little more defensive of things. But I’d think that the people who act like that are probably not going to be the ones are going to be coming to the Super Bowl.”

So far, this is about the extent of the country learning about Minnesota. Reporters, even though desperate for a story, aren’t venturing far from the state’s capital — the Mall of America, with occasional trips to rural America: Nicollet Mall.

Minnehaha falls, MN. More like Timmyhaha for having to go out in this cold to see it. @NBCPhiladelphia #wewantit #superbowllii pic.twitter.com/LhasGK2haY

On a Philadelphia TV station last night, reporters said they found one — one!– fan sporting an Eagles jersey on Nicollet, with most attendees wearing Vikings gear.

That has a certain Minnesota Nice ring to it, a trait documented by SB Nation, which says this may be the “friendliest Super Bowl on record.” Nice.

Of course it’s not just gritting through the winter with a smile. It’s an affectation that borders on distant, one that can keep strangers and even friends at an arm’s length through friendliness — the northern equivalent of “bless your heart.” As the state welcomes more and more transplants thanks to the growth of companies like 3M and Target, that veneer can be a difficult shell to crack. Politeness blends with passive-aggressiveness, and that can leave many new residents feeling like they’ve been left out in the cold.

A quick check of the out-of-towners’ dispatches today reveals a flaw in the theory that the Super Bowl would make more people want to come to Minnesota. 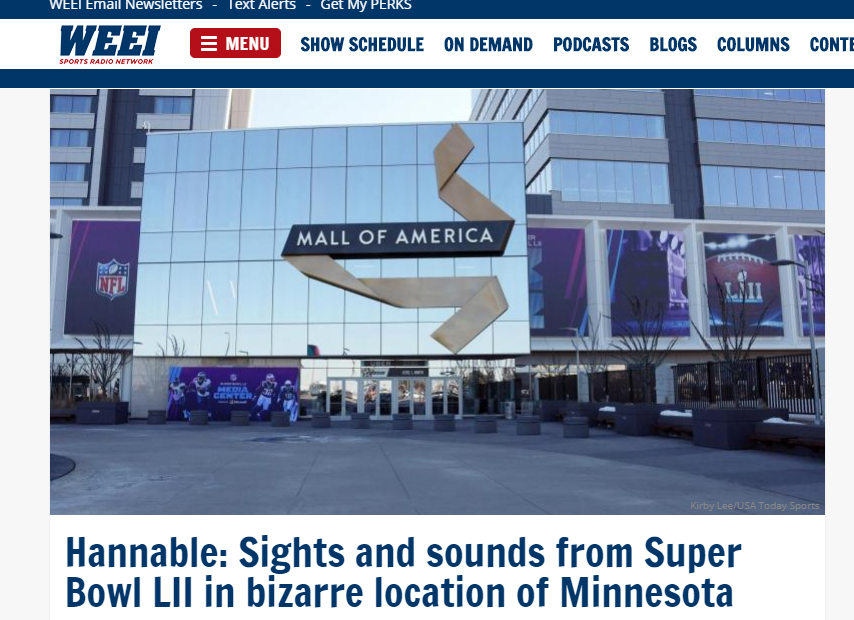 The Atlanta Journal Constitution, for example, says this is a Super Bowl only penguins (and Minnesotans) could love.

I stopped in the Mall of America to ask one of the 10,000 volunteers – that’s not an exaggeration; there really are 10,000 volunteers; it’s like Munchkinland Meets The Clone Wars – if she was prepared to deal with complaints about the weather from miserable human beings like sportswriters.

“I’m not sure I know what you’re talking about. The weather’s perfect,” said Angela Bernhardt.

“This isn’t cold,” she said. “But it’s supposed to get cold later in the week.”

She pulled out her phone and looked at the weather map.

In some ways, the Minneapolis-St. Paul area is the perfect host for this year’s Super Bowl. There are few teams hated more by the general populace than the New England Patriots and the Philadelphia Eagles (or at least their horse-punching, beer-can throwing, grandma-hating fans).

So sure, put the game in glacial hell.

Why is the game here? Because it’s the NFL, which has long operated just this side of a street-walker, assuming the street-walker generates more than $16 billion in revenue. The handcuffed and duct-taped taxpayers of Minnesota were fleeced for $500 million in public money for a new $1 billion stadium for the Vikings. (Sound familiar, Atlanta?)

But now we want our payoff — a billion-dollar selfie.