Get pregnant by a World Cup player, get a lifetime supply of Whoppers

In Russia, nothing sells burgers like a promotion offering free Whoppers to women who agree to get impregnated by soccer players in the World Cup.

Burger King has now apologized for the promotion. 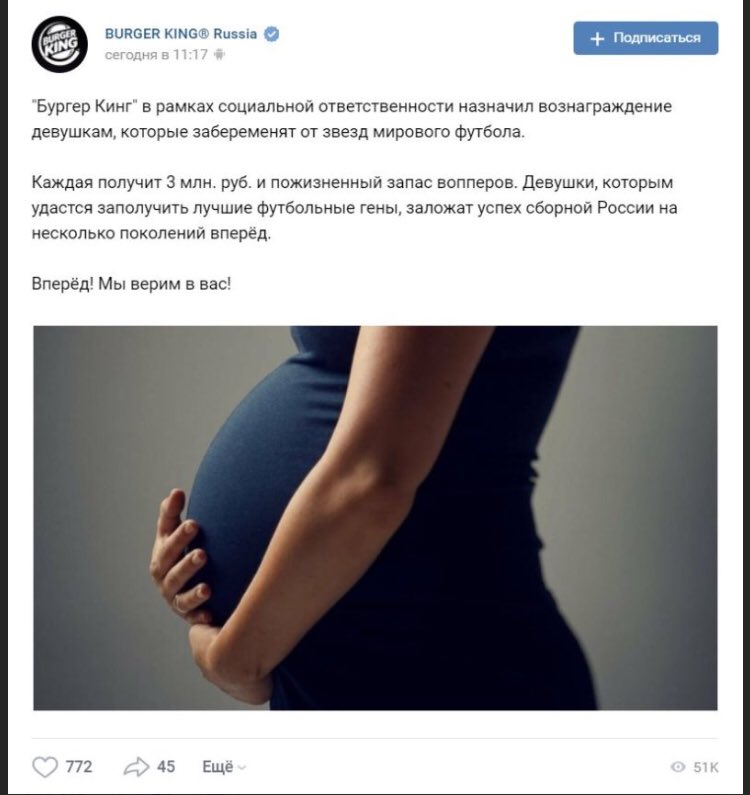 The Associated Press reports the promotion offered a lifetime supply of Whoppers to women who who get “the best football genes” and “ensure the success of the Russian team for generations to come.”

That was too much, even for Russia, where advertising focuses on sexist themes.

“We offer apologies for the announcement we made. It was too offensive,” the company said in a statement posted to Twitter.

Advertising & marketing What were they thinking?