Air is leaking out of Foxconn’s Wisconsin balloon 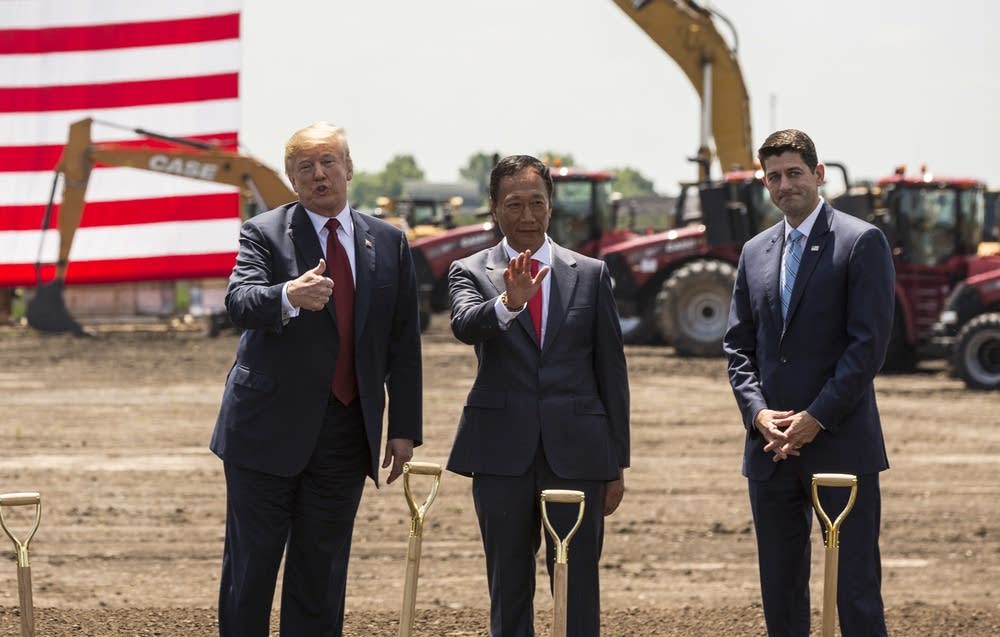 A newspaper in Japan is reporting that Foxconn is suspending work on its $10 billion plant in Wisconsin, a day after news broke the company isn’t going to provide manufacturing jobs, but will make the facility a research and engineering facility instead.

The Nikkei Asian Review cites anonymous sources in its report because of “weakening macroeconomic conditions and the uncertainties brought by the trade war” and in Wisconsin, “as a result of negotiations with new Gov. Tony Evers,” the Milwaukee Journal Sentinel said.

The company, however, says work will continue.

The Nikkei report comes a day after Reuters reported Foxconn planned to put off much of its manufacturing plans at the Wisconsin plant, but remained committed to bringing the thousands of new jobs to the state as promised when Walker struck a deal with the company to build its first U.S. plant in Wisconsin in exchange for about $3 billion in taxpayer-funded subsidies.

Since lawmakers approved the subsidies in 2017, Foxconn has changed course several times — reports Foxconn has denied in the past.

The Taiwan-based company, one of the world’s largest electronics manufacturers, last year walked back its plans to build an LCD factory that would produce huge screens, opting instead for a less-costly plant that would make small panels for devices such as phones and tablets.

The company failed to meet its employment goal in 2018 that would allow it to receive state tax credits.